What is happening around us

Will a Car Crash With an Animal Raise My Insurance Rates?

If a deer jumps out from the side of the road and you crash into it, does that count as an at fault accident and will it raise your rates? The short answer is no, but there’s an asterisk. Your insurance company and DMV knows that often there isn’t much you can do about an animal running in front of your car, and it’s not your fault that they did! It’s considered a “comprehensive” claim, which are not at fault in almost all cases. If you have comprehensive coverage on your car then you’ll have to pay your deductible, and your car will get fixed right up. If you don’t have comp., then unfortunately you’ll have to pay for the repairs out of pocket, because that critter you hit probably doesn’t have enough cash to get it fixed for you. 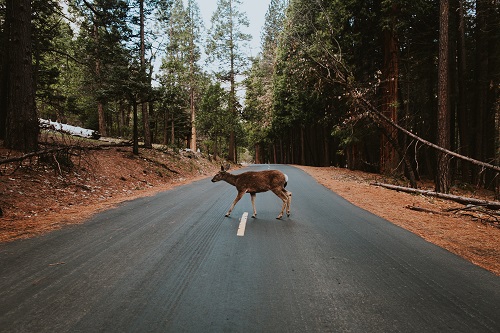 Photo by Ivana Cajina on Unsplash

So what about the asterisk? If you swerve or try to maneuver away from the animal and run into something else, then it turns into an at fault accident. Once you turn the wheel and try to correct, then you’ve taken an active role in the accident. So as heartless as it sounds, if little Bambi jumps in front of you, you’re better off not trying to avoid it. Swerving away can make a bad situation even worse if you lose control of your car or get into a head on collision.

Owner of Paul Nelson Insurance, and resident of Santa Cruz and Monterey counties for 30 years.